49ers OTAs News: Vernon Davis "might be" at mandatory mini-camp 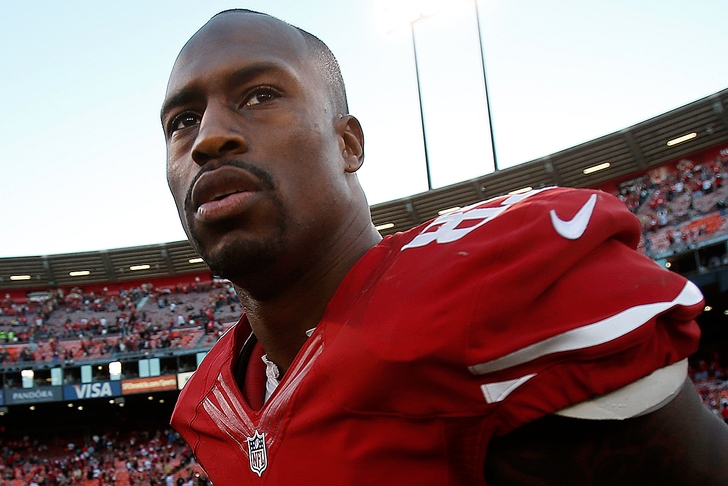 In today's 49ers news update, San Francisco 49ers tight end Vernon Davis is staying noncommittal when it comes to whether or not he will join the team for mandatory mini-camp two weeks from now.

Per Eric Branch of SFGate.com, Davis offered a very evasive answer when asked if he would be attending said camp: “I might be there,” he said, with a wry smile. “I might not. It’s mandatory. I probably should be there. We’ll see.”

As CSN Bay Area previously reported, Davis has been absent from offseason training activities due to dissonance over his current contract. He has forfeited $200,000 so far due to his absence

According to Branch, "his $7.35 million average annual salary over the life of his contract ranks third among tight end behind New England’s Rob Gronkowski ($9 million through 2019) and Dallas’ Jason Witten ($7.4 million through 2017)."

Davis is most likely looking for a salary that could top Gronkowski's, arguing perhaps that he brings the skills of a wide receiver to the position.