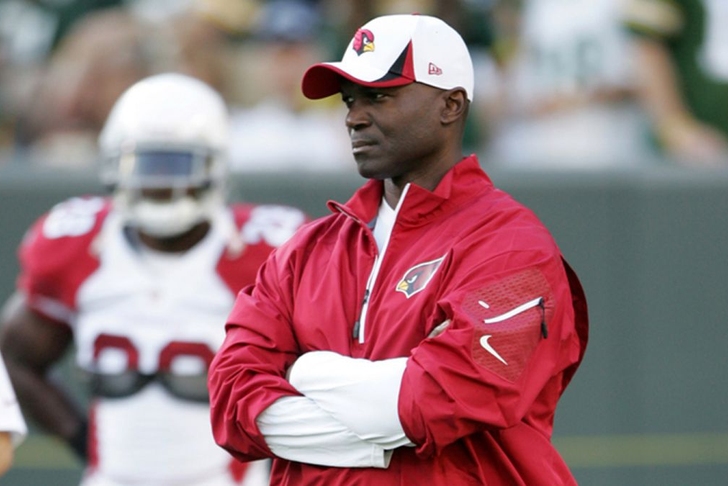 The San Francisco 49ers may be aiming to pluck away a coordinator from a division rival to fill their vacant head coaching position, if these next reports prove accurate.

Per David Fucillo of SBNation, "[CBS Sports'] Jason LaCanfora is reporting the 49ers will conduct a second interview with Arizona Cardinals defensive coordinator Todd Bowles. The Cardinals saw their season end last weekend to the Carolina Panthers, which means Bowles is free to interview just about whenever he wants."

The Sacramento Bee's Matt Barrows tweeted that an actual date for the second interview hasn't been set yet, but it could very well happen this week. He also a cites a source as saying that Bowles' interview on Friday left an extremely positive impression the 49ers' brass.

These reports come on the heels of multiple sources indicating that Denver Broncos offensive coordinator Adam Gase has distanced himself from the field in the 49ers' search for Jim Harbaugh's replacement. However, Gase's availability for hiring doesn't begin until the Broncos are eliminated from the NFL Playoffs.

Bowles is also listed as a top candidate for the Atlanta Falcons' vacancy, so stay tuned.