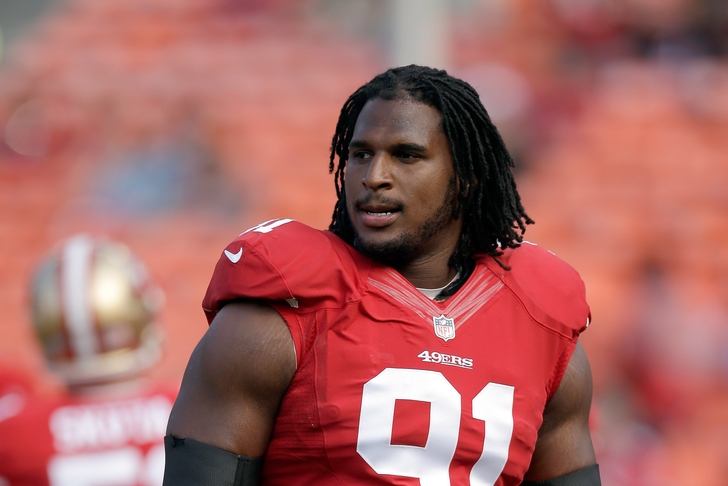 In this 49ers news and rumors update, San Francisco 49ers defensive end Ray McDonald will play in Sunday's season opener against the Dallas Cowboys despite currently being investigated on suspicion of felony domestic abuse.

Per Cam Inman of the Bay Area News Group, 49ers head coach Jim Harbaugh believes that there is not enough evidence as of yet to hold McDonald out of competing with the team:

Harbaugh on Ray McDonald: "The way the facts are and what's known, he has the liberty to play in the game."

The Santa Clara County District Attorney is investigating an incident from McDonald's 30th birthday party on Sunday where police were called to the scene only to find what they termed to be "visible injuries" on his pregnant fiancee.

NFL Commissioner Roger Goodell is closely monitoring the situation in order to ascertain whether this situation will constitute an infraction under his new domestic-abuse policy. According to the new rules, a first qualifying infraction is subject to a six-game suspension while a second infraction would result in a lifetime ban from the game.

“I think the first thing you have to do is let the process play out and get the facts and make sure you understand all the circumstances,” Goodell said (via the Associated Press and the Washington Post). “We don’t right now. We obviously are following it very closely, but the policy we applied uniformly, players, coaches, executives, commissioners, I think we made that very clear in the policy.”