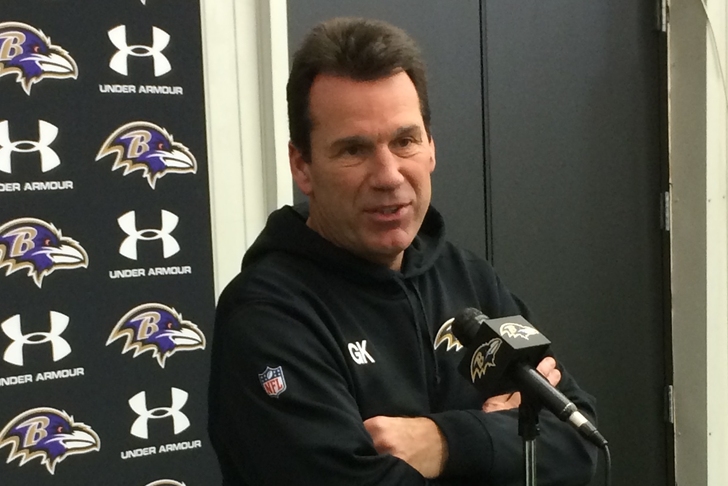 Per NFL.com's Kevin Patra, "speaking on NFL Network's NFL GameDay Morning, Ian Rapoport reported that the San Francisco 49ers are expected to show interest in the former Houston Texans coach. The Jets are also expected to reach out to Kubiak if the Ravens lose."

Kubiak spent eight seasons as the Texans' head coach after 11 seasons with the Denver Broncos as their offensive coordinator. He was fired by Houston in 2013 despite making the playoffs the two previous seasons, finishing with a 63-66 overall record in eight seasons (including a 2-2 mark in the playoffs.)

The 53-year-old offensive specialist has helped to retool the Ravens' offense this season, helping lift them to 8th overall in scoring (25.6 points per game) in 2014.