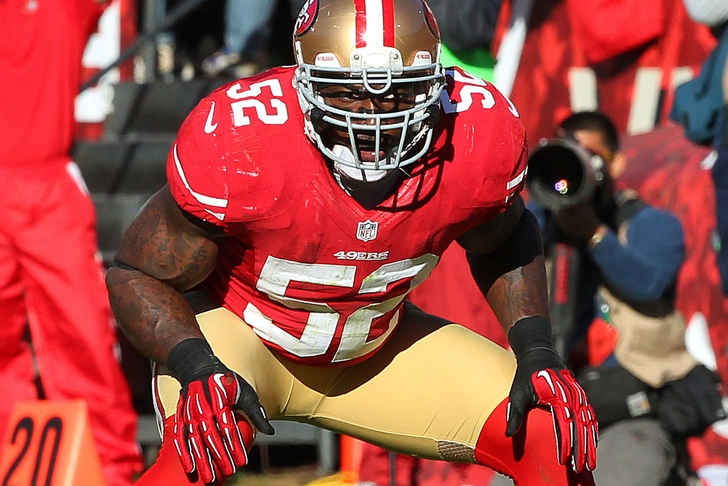 The 49ers got a boost to their defense with the return of Aldon Smith from his nine-game suspension, but they're gearing up to take another hit: according to Mike Garafolo of Fox Sports, star LB Patrick Willis will likely undergo season-ending surgery on his injured toe.

Willis missed Sunday's game against the New Orleans Saints with the injury, his third straight after hurting it in Week 6 against the St. Louis Rams. Jim Harbaugh said he wouldn't classify the injury as turf toe (a sprain of the ligaments around the big toe joint), but other reports suggest the injury is, in fact, severe turf toe.

LB Chris Borland has done a solid job in Willis' place over the last few games, and it seems likely he'll take over the position for the remainder of the year if Willis undergoes surgery. The 49ers have a number of other linebackers on the roster, but could promote Stanford product Shayne Skov from the practice squad if they decide to add another LB.