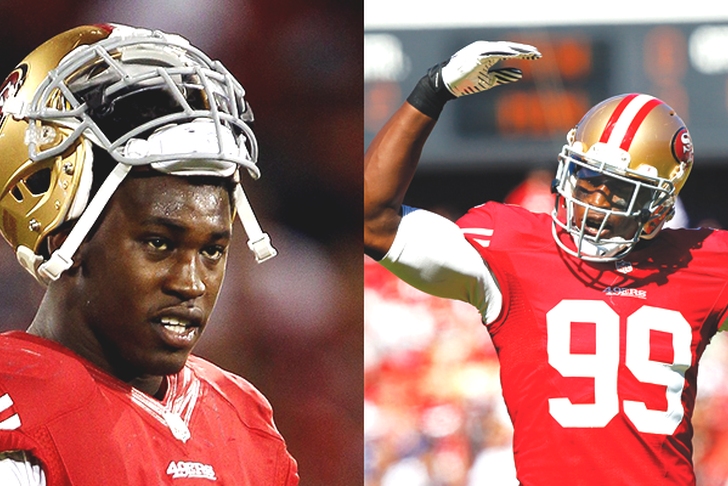 Last June, 49ers DE Aldon Smith was stabbed at a house party in East San Jose. He recovered in time for the start of the season, but the details of the situation have always been murky. A recently filed lawsuit sheds some light on the circumstances of the stabbing, and it isn't pretty:

The lawsuit, filed by a guest named Ronndale Esporlas, alleges that leading up to the stabbing, an intoxicated Smith (as well as Titans DB Delanie Wallace, who is also named in the lawsuit) was standing on a balcony trying to get the guests at the party to disperse. Smith became frustrated, and he and Wallace fired several shots into the air and in the direction of partygoers.

Apparently, this only made the situation worse, and created a chaotic scene. Wallace left the balcony and came down to the driveway, where he continued to fire in the general direction of guests. In the confusion, unidentified guests returned fire, and Esporlas was caught in the crossfire and hit twice.

The allegations claim that the handguns Smith and Wallace fired were not purchased legally. It's still unclear what kind of disciplinary action Smith could face as a result of the incident, but in light of the recent Aaron Hernandez charges, it's safe to say that Roger Goodell will be keeping a close eye on how this plays out.