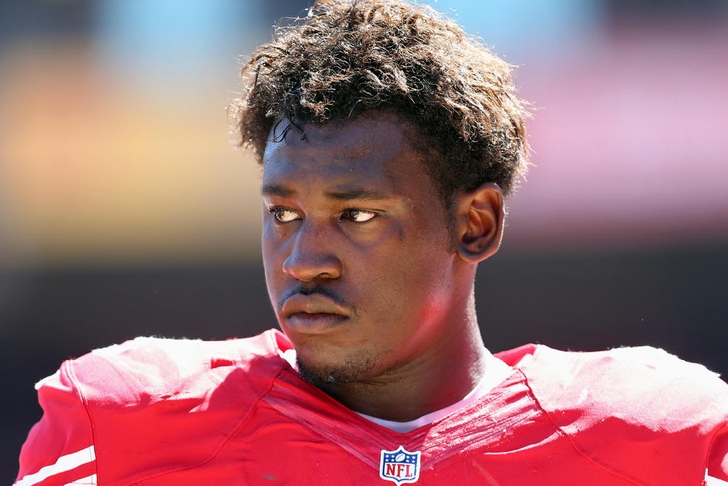 In 49ers news today, the puzzling story surrounding San Francisco 49ers linebacker and his detainment by officials at LAX International Airport on Sunday has now been confirmed.

Per ESPN's Adam Schefter, Smith made a huge scene at the airport on Sunday, including making reference to a possible explosive device in his luggage:

“At approximately 1400 hrs, a 25-year-old male resident of San Jose, California, was going through Terminal 1 screening and was randomly selected for a secondary screening. The suspect then became belligerent and uncooperative with the process and with the TSA agent, making a comment indicating that he was in possession of a bomb before proceeding towards the gate area. Los Angeles Airport Police made contact with him at the gate and he was positively identified as the person in question. Once again the male subject became uncooperative and he was detained and taken into custody by Airport Police and is currently being transported to LAPD for booking.”

You can check out video of this bizarre set of circumstances here, courtesy of ESPN's Adam Schefter.

When reached for comment, San Francisco 49ers general manager Trent Baalke said the following --“We are disappointed to learn of the incident today involving Aldon Smith. As this is a pending legal matter and we are still gathering the pertinent facts, we will have no further comment.”

We will have more on this 49ers news story as it develops.

Your 49ers news whenever and wherever you want it. Download our new Chat Sports iPhone app, and follow our 49ers team page today.