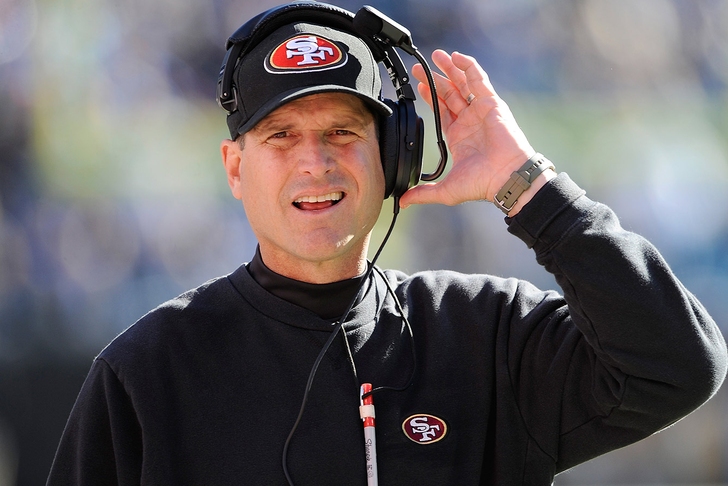 Harbaugh responded to Sanders' comments on Monday directly and without hesitation.

Harbaugh proceeded to call in to question the validity of Sanders' anonymous insiders within the 49ers' locker room.

“If I’ve got a good story to tell I’d want to put my name to it,” he said. “So I don’t put a whole lot of credibility to the ‘unnamed source.’"

Per Janie McCauley of the Associated Press, Harbaugh was also quick to point out that he doesn't know exactly how Sanders and fellow critic Trent Dilfer are getting their inside information:

With a huge victory over the Philadelphia Eagles in his back pocket and his team back at .500 (2-2), Harbaugh has seemingly bought himself some time away from the slings and arrows that have been directed at him lately.

However, if the losses begin to pile up in October and November, expect the "unnamed sources" to continue to chirp by the Bay.

Report: 49ers Players Tired Of Being Treated "Like Children" By Coach Jim Harbaugh