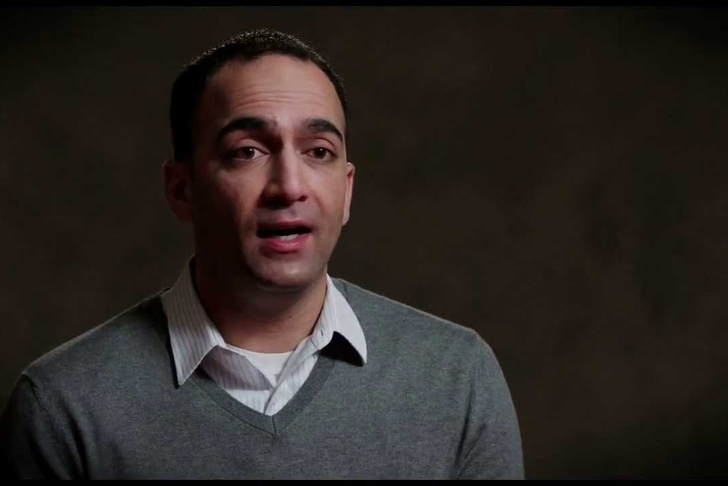 A native of Saratoga, CA, San Francisco 49ers team president Paraag Marathe has been a fan of the team since he was little. The 38-year-old rarely missed a 49ers game from the time he was six years old, and while he'd take an unconventional path to join the organization that he loved, his passion would never waver.

Marathe's Bay Area connections are undoubtable, having received his bachelor's degree (with high honors) from UC Berkeley's Haas School of Businees and his MBA from the Graduate School of Business at Stanford University.

Before crossing the rivalry lines of the "Big Game" to receive his Masters of Business Administration, Marathe would land a job with the sports consulting group at the International Management Group. There he would work primarily in the fields of stadium naming rights, corporate sponsorships, and athlete endorsements.

In his next job, Parathe would widen his net as a Senior Associate Consultant for management consulting firm Bain & Company. While working for B & C, Parathe would advise clients in a wide swath of industries including retail, sports footwear, venture capital, computer software, and health clubs.

It's at Bain & Company where Marathe would get his big break to join the front office ranks of his favorite childhood team, the San Francisco 49ers.

Replacing Bill Walsh in 2000, former 49ers GM Terry Donahue began looking for a new way to approach the NFL Draft process. In his search for an answer, Donahue would go back to his business background, contacting Bain & Company for help in 2001. B & C would send Marathe to help Donahue in updating the old Gil Brandt method of assigning values to draft slots, and the rest is indeed history.

Marathe worked full-time for Donahue in 2001, and would proceed to enroll at Stanford to begin his MBA program the next season. Marathe would work special projects for the 49ers throughout his schooling, totaling around 45 hours a week of work despite Stanford frowning on its students having full-time gigs.

One of those projects was to analyze 120 NFL coaches to determine where successful NFL head coaches comes from, and his criteria was part of the decision-making process when former co-owner John York hired then-Ravens defensive coordinator Mike Nolan to lead the team in 2005.

While Marathe wouldn't have the ultimate say in Nolan's hiring (in fact, of the five candidates York considered, Nolan was the least receptive to Marathe's statisical methods), his profile within the organization would benefit from being given the opportunity to work the coaching search.

When John York appointed his son Jed to the position of president in 2008, Marathe's influence on the organization would only grow. He'd ultimately be promoted to the position of COO before the 2011 season and was part of the braintrust that brought Jim Harbaugh to the 49ers to replace ousted head coach Mike Singletary.

In his three years as COO, Marathe would help the 49ers build a championship-level club while also overseeing the construction process of the new Levi's Stadium which opened for business just prior to the 2014 campaign.

Levi's Stadium's opening coincided with another promotion for Marathe, replacing Gideon Yu after Yu oversaw the team for two years after Jed York was replaced as team president (while retaining his role as CEO).

There are varied reports on the end of Harbaugh's time in San Francisco, with some pointing to friction between Marathe and Harbaugh as a prime reason for the parties' mutual divorce after the 2014 season. However, conflicting reports have positioned Marathe as an ally of Harbaugh's, indicating that the real tension lied between Harbaugh and GM Trent Baalke.