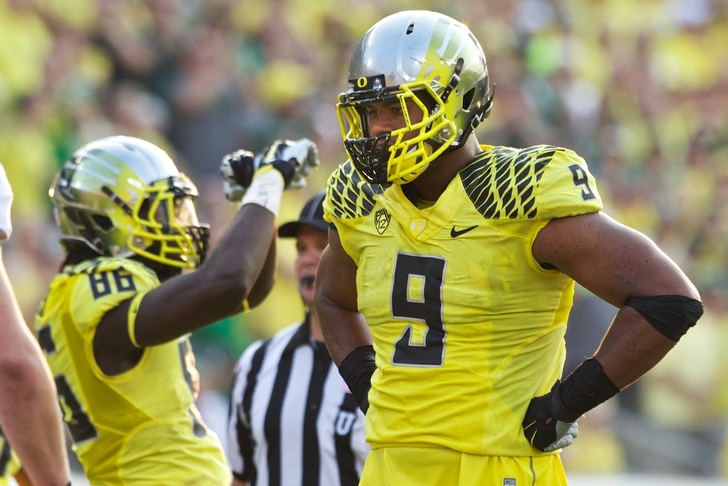 The San Francisco 49ers are looking to the 2015 NFL Draft to fill the shoes of two long-time starters on the defensive line who have since left, and Oregon Ducks defensive lineman Arik Armstead could very well be one option the team considers on draft day.

Per Matt Barrows of the Sacramento Bee, "according to multiple sources, one of the team's 30 official visits will go to Oregon defensive lineman Arik Armstead, who grew up in Sacramento."

The 6-foot-7, 292-pounder played both basketball and football in his first two years at the University of Oregon, before focusing solely on football during his junior year in 2014. That paid off in spades, as Armstead grew into a solid disruptive force on the team's defensive line with 16 quarterback hurries and 2.5 sacks.

Most NFL scouts are projecting Armstead to only get better and more dynamic with time and work, so he very well could be a top target for a 49ers team looking to infuse their line with youth and potential game-breaking talent.