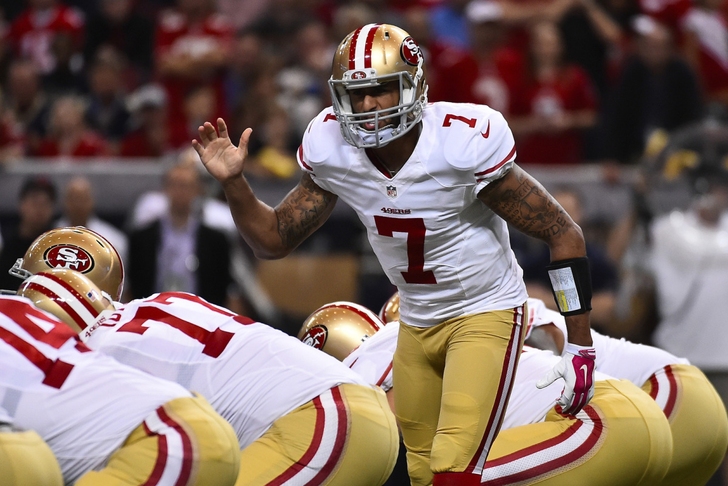 Every game during the course of an NFL regular season takes its toll, but these next four games are the closest thing to a breather the San Francisco 49ers will get in 2015. Here's our list of the 4 Easiest Games On The 49ers' 2015 Schedule.

Todd Gurley should be a beast in his rookie season under the Gateway Arch, but we're still not sure what to think of Nick Foles as a "franchise QB" and, in addition, the defense softens considerably after you get past St. Louis' massive D-line. This isn't exactly a cupcake pair of division games, but it could be worse.

Former Broncos HC John Fox is attempting to work some Peyton Manning voodoo magic on Jay Cutler in his first year on the sidelines at Soldier Field, but no amount of positive reinforcement is going to salvage a confidence level that was shattered under Marc Trestman. Also, the Bears secondary is injury prone and perpetually a step slow, which should allow new 49ers WR Torrey Smith to pull out one of his patented fantasy football specials.

New Falcons head coach (and former Seattle Seahawks defensive coordinator) Dan Quinn is already paying dividends for Atlanta's D in camp, but there's only so much both he and his staff can do to quell the dumpster fire flames of the league's worst defense for the 2014 campaign. They'll improve in increments, but Colin Kaepernick should still be able to gash them for all they're worth in this November showdown.

The Cleveland Browns will likely either be starting Josh "Replacement Level" McCown or the Artist Formerly Known As Johnny Football by this juncture of the 2015 season. So, either the Niners defense will have a great day or the BEST day during their road trip to Northeast Ohio.