3 Reasons Why The 49ers Will Upset The Cardinals 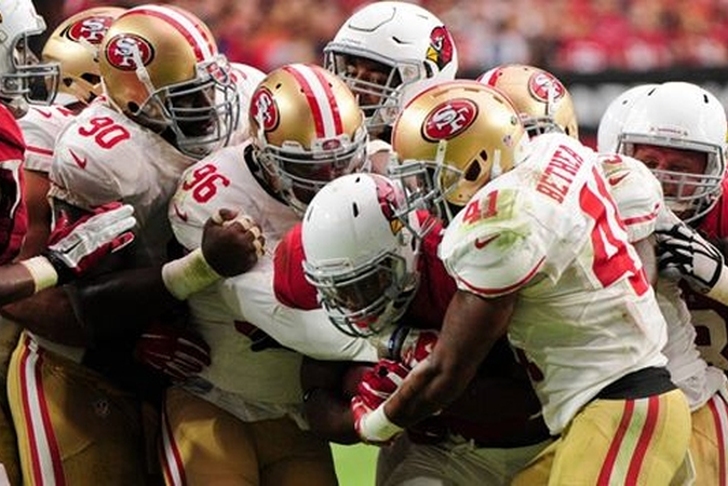 The San Francisco 49ers are in last place in the NFC West with a 3-7 record, but they have chance to turn their season around in a BIG way when they host the Cardinals on Sunday. Here are three reasons why the 49ers will pull the upset this weekend:

3) Offense has life with Blaine Gabbert

San Francisco's offense was perhaps the worst in the league under quarterback Colin Kaepernick, but they've shown some promise - even without starting running back Carlos Hyde - with Blaine Gabbert under center. They've record over 300 yards of total offense in each of the last two games, and if they can hit that mark again against Arizona, they'll give themselves a chance to pull the upset.

San Francisco's offense is still not a juggernaut by any stretch of the imagination, but they may find success against an Arizona defense that has looked rather pourous in recent weeks. They've given up over 30 points in each of their last two games, and the 49ers defense is good enough to give them a chance to win if they can just score 20. The opportunity is definitely there for the taking.

Despite their lackluster record, the 49ers are 3-2 at home, upsetting both the Minnesota Vikings and Atlanta Falcons in Levi's Stadium. San Francisco has been a different team in Santa Clara, and they'll look to ride that home-field advantage to another upset in front of their fans.