3 Reasons Why The 49ers Are GUARANTEED To Beat The Ravens 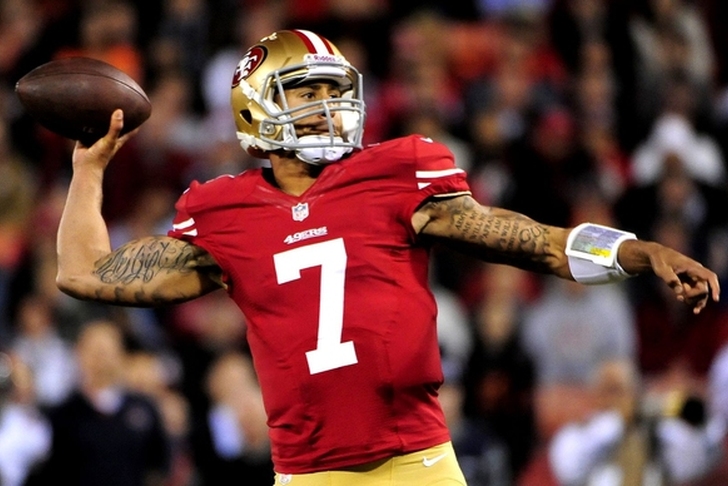 1. Colin Kaepernick Is Due

Kaepernick put a horrid two-game stretch behind him this past Sunday night, completing 65.7% of his passes for 262 yards and two touchdowns in SF's 30-27 road loss. The fact of the matter is that Kaepernick is due for an EVEN BETTER game than that will all of the (bleep) that has been shoveled his way all season long. He'll find his mojo on Sunday against the 25th-ranked pass defense in the NFL.

San Francisco's defensive woes have been well-documented, but they've actually be solid against the run for long stretches of this season. That's a critical factor against a Baltimore team that'll ride RB Justin Forsett (if he's healthy enough to go) in hopes of opening up one-on-one matchups on the outside for QB Joe Flacco. SF will limit Forsett, or whoever might replace him due to injury, and thus neutralize the Baltimore offense.

The 49ers have played on the road in three of their last four games and are back at home for their first two-game stand of the season. With the prospect of another week in The Bay following Sunday's game, San Francisco should come out loose and relaxed enough to upend a desperate Ravens team 3,000 miles away from home.