3 Reasons The 49ers Should Trade For Sean Payton 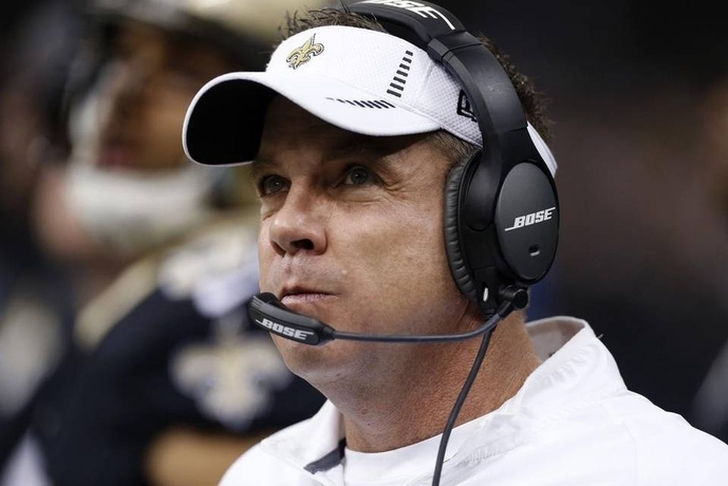 The San Francisco 49ers are searching for a new head coach to replace the fired Jim Tomsula. The decision to hire Tomsula last year turned out to be the wrong call and now the team must correct it. There's one coach at the top of every fan's wish last and that's Saints head coach Sean Payton. There are rumors that the 49ers could land Payton, who might leave New Orleans. A move to San Francisco would allow Payton to be closer to his daughter, who attends Pepperdine University. Here are 3 Reasons Why The 49ers Should Trade For Sean Payton:

3. Worth The Second Rounder
If the Saints are going to part with Payton, they reportedly want a second rounder in exchange. A second rounder is a steep price, especially with how the 49ers are drafting, but it's totally worth it. Payton is better than any other coach the 49ers could land and he's one of the best in the NFL. The Niners will miss out on adding a potentially great player in the second round, but they already have 12 picks this season. They can afford to part with a second rounder if the result is Payton.

2. Offensive Boost
The biggest problem for the 49ers this season was offensive struggles. Adding Payton will provide a bigger boost than any other coach on the market. He can get the most out of whomever the 49ers decide to start at QB next season, whether that be Blaine Gabbert, Colin Kaepernick or someone not currently on the roster. There are few offensive coaches better than Payton and the 49ers would love to land him.

1. Making Up For Hiring Tomsula
49ers fans were not happy with the team's decision to part ways with Jim Harbaugh and hire Jim Tomsula. This season's disappointing 5-11 record only made things worse. Jed York and Trent Baalke drew a ton of criticism for their handling of the Harbaugh situation and they need to get this hiring right. On Monday York said, “We’re in need of somebody that can win Super Bowls." That's something Payton has already proven he can do. Landing Payton would give the 49ers' front office some much-needed good will from the fans. It would also get the team back on track for competing for championships.