3 Players The San Francisco 49ers Could Sign In Free Agency 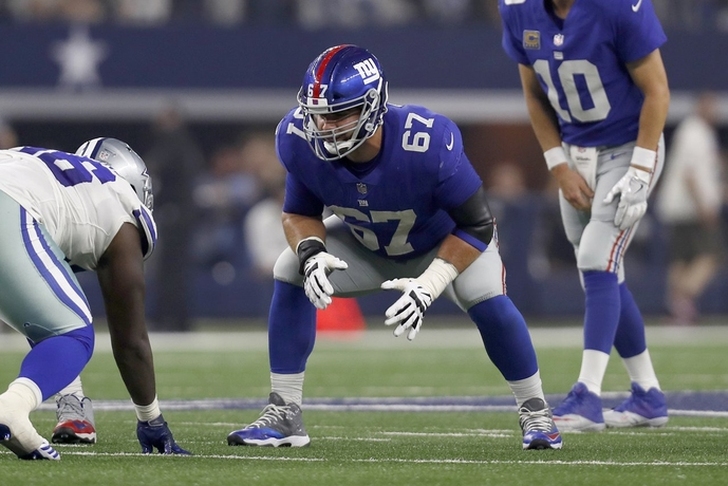 The San Francisco 49ers closed the regular season as one of the hottest teams in the NFL, closing the year on a five-game winning streak with Jimmy Garoppolo as their starting quarterback. Thanks to the NFL's rules on rolling over unused cap space, the 49ers have the 4th most cap space in the NFL with $64.4 million. San Francisco believes they have a chance at winning the NFC West and if you think the 49ers are finished signing players after signing CB Richard Sherman, think again! Here are three players the 49ers could sign in free agency:

The offensive line is arguably San Francisco's biggest weakness or area that needs to improve. Keeping Garoppolo upright and comfortable in the pocket is one of the 49ers' biggest keys to success in 2018, and they weren't great at it last year. According to Football Outsiders, San Francisco's offensive line ranked in the bottom half of the league and gave up a sack on nearly seven percent of dropbacks. Insert Justin Pugh who will be one of the best blockers in 2018 free agency. The former first-round pick didn't have the best season in 2017, but that may be more to blame on the rest of the Giants offensive line, rather than Pugh. The 27- year-old can play multiple offensive line positions, making him a versatile gem for the 49ers.

The 49ers finished the season with the 9th ranked pass defense and will look to improve in 2018. The 26-year-old is entering his sixth year in the NFL and, after a season where he had 60 tackles, 1.5 sacks, one fumble recovery, and three interceptions, he is one of the most sought-after free agents. The 49ers need depth at linebacker, but Vaccaro is a hard-hitting safety who could play a bit of a tweener role.

The 49ers need to add talented depth at the linebacker position and Keenan Robinson would be a great fit. Robinson signed a one-year $3 million contract with the Giants in 2017 and will be in the same price range for 2018, which is more than affordable for the 49ers. Robinson is only 28 years old coming off a season where he played in only six games. However, in those six games, he was productive with 32 tackles.