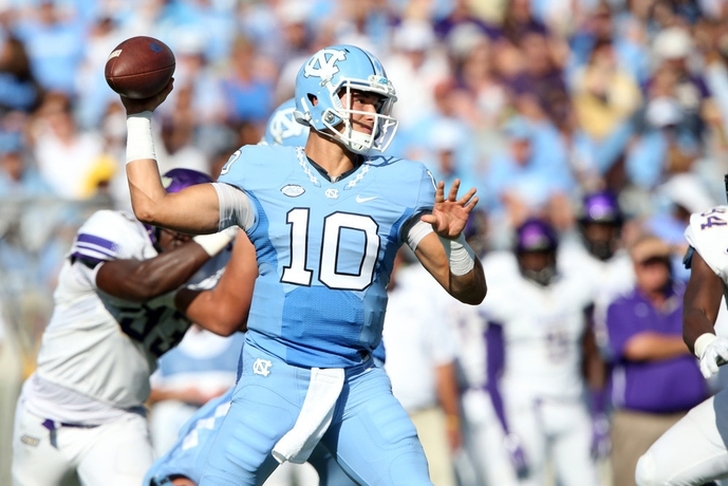 The NFL offseason is in full swing for the San Francisco 49ers. The team was active in free agency, adding multiple players. They didn't add a ton of big-name, high-priced players, but they shored up the middle class of the roster in a badly needed way. That's moved them closer to being able to just draft the best players on the board. With the NFL draft less than a month away, it's time to take a look at the top 49ers team needs.

The 49ers have several needs they still need to address, and the 49ers have enough picks to do just that. Although fans might want a new coach, general manager, owner or whatever, only positional needs are detailed here. Needs already addressed via free agency (like trading for OC Jeremy Zuttah) are not included. With all that in mind, here are the 3 biggest 49ers team needs for the 2017 NFL Draft.

3. Offensive Tackle
The really came down to wide out and corner, since I don't believe the Niners few the secondary as an area of need. With Pierre Garcon and a few others added, tackle gets the nod. Joe Staley is still playing at a high level, but the future is unclear. Trenton Brown continues to improve, but the current regime won't be as committed to him as the Baalke Era was. As of now, he's not an ideal starter. He needs to improve and even if he remains a starter, there's the matter of finding a long-term replacement for the soon-to-be 33-year-old Staley. His contract won't be up anytime soon, but the Niners do need better depth immediately. John Theus isn't a reliable swing tackle, and in general, some depth on the offensive line would be nice.

2. Edge Rusher
The 49ers are moving to a Seahawks-esq 4-3 defense and there is a gaping hole at the LEO position. That's essentially a 4-3 DE/3-4 OLB hybrid and the 49ers are lacking a player to fill that role. Aaron Lynch could be a fit, but after a season filled injuries, a suspension, weight issues and just 1.5 sacks, it's tough to trust him. Ahmad Brooks is a shell of what he used to be, Eli Harold hasn't proven anything and Tank Carradine is a bust. Myles Garrett would be amazing, but he won't be on the board. Barring a trade down, the Niners could look for an edge rusher on Day 2. There will be several options who fit.

1. Quarterback
Everyone knows Brian Hoyer isn't the franchise option: he's just the veteran option to start or backup the QB the Niners eventually add. Unfortunately, there isn't a QB worth taking No. 2 overall. The rumors around Kirk Cousins won't go away, but the Niners could elect to take a Mitchell Trubisky, Deshaun Watson, Deshone Kizer or Patrick Mahomes during the draft. They could, by the way, occur at No. 2, via a trade down (or up) or in the second round. The Niners top need is clearly at quarterback, but in a poor draft class, will they spend an early pick on one? The answer to that question will have major impact on the entire NFL Draft.

Follow our San Francisco 49ers team page for all the latest 49ers draft news or download the Chat Sports App!