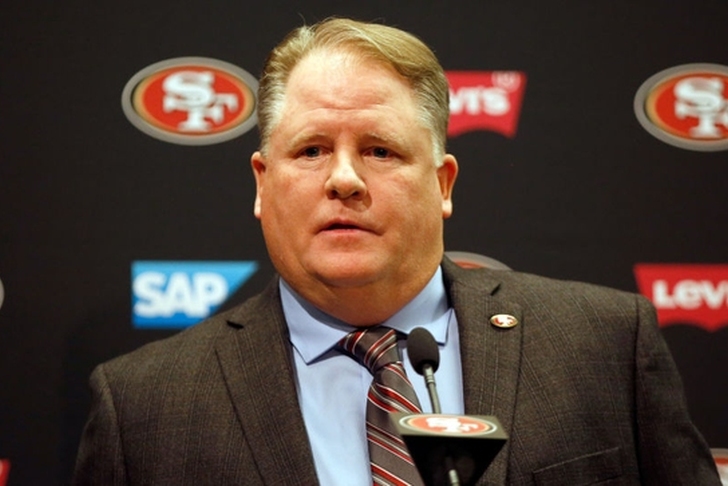 The 2016 NFL offseason is basically over, which means it's time to grade what the San Francisco 49ers did this offseason. Sure, a few more players might be traded, cut or signed, but it's likely the 49ers are finished making move. Below, we have the 49ers' offseason grade, as well as roster moves, what went right and what went wrong.

As for the grading, teams don't get a "B" just for showing up. A "B" is a good offseason, while an "A" is a great offseason. A "C" is not bad in my eyes, it's simply average at best. It's tough to get a "D," since that basically means a team botched almost everything about the offseason. Obviously there is a lot of opinion here, so hit me up on Twitter if you disagree with the 49ers' offseason grade.

What The 49ers Did Well:

Hiring Chip Kelly
Let's start with the first move the 49ers made; replacing Jim Tomsula with Kelly. Sure, Kelly has his flaws, but he's a massive upgrade over Tomsula. Kelly struggled as a general manager, but he's a gifted coach. Kelly should help the 49ers and I'm in favor of the team hiring him.

Helping Out The Trenches
The 49ers lose Alex Boone, but they added Zane Beadles and Joshua Garnett. Beadles isn't as good as Boone and Garnett was a reach, but there's no doubt the 49ers should be better at guard next year. The team wisely brought back Ian Williams on a one-year, prove it deal and spent their first round on DeForest Buckner, which was one of the better first round selections. It seems like the 49ers are wisely trying to build through the trenches.

What The 49ers Didn't Do Well:

Didn't Spend
The 49ers had nearly $49 million in cap space, and hardly spent any of it. While that money will carry over, the 49ers could have found several players who would have helped the team in both the short and long term. QB Thad Lewis might not even make the roster, leaving Beadles as the only real addition. The 49ers brought a few of their own guys back, but didn't make any real financial commitments. They don't appear to likely to bring back Anquan Boldin, which isn't a terrible move, but they didn't replace him either.

Ignored Positions Of Need
The previous point plays right into this one. The 49ers had needs at several different spot and didn't really address them. WR is a massive need and the 49ers only spent a late rounder on the spot. RT is still completely unsettled, especially if Anthony Davis decides not to return. There are holes at both linebacker spots and getting a RB partner for Carlos Hyde might have been smart. While the 49ers can use that money next year, they had a chance to find upgrades and decided not to do so.

Grade: C
I don't hate what the 49ers did, but I don't love it either. This was a team that struggled last year and outside the draft, they failed to add talent. While the 49ers appear likely to accept a rebuilding year, they could have spent money on players who would upgrade the team now and when they are ready to fight for a playoff berth. With a lack of moves, this offseason simply doesn't deserve anything more than a "C."