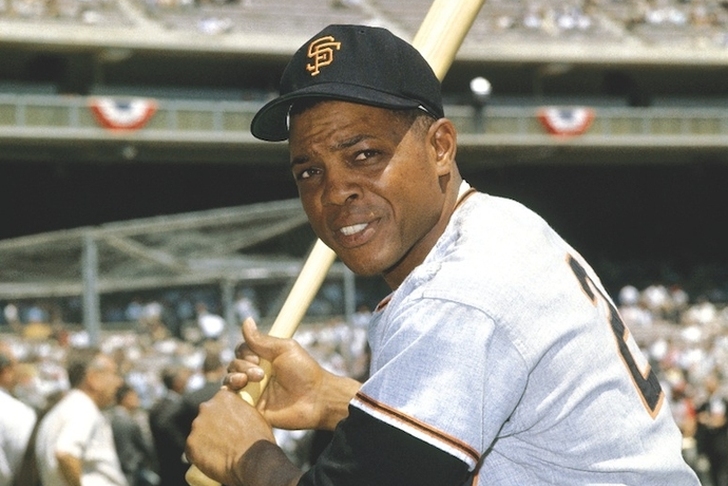 The Bay Area has a tradition rich in sporting excellence that spans decades. Many people have pointed to the Golden State Warriors' 2015 NBA Finals run as the apex of the Bay's colorful sports history, but it runs much deeper than that. Here's our list of the 11 Best Players In Bay Area Sports History.

McCovey was just 198 pounds in his prime, but he packed a major wallop regardless. He hit 469 home runs, drove in 1,388 RBI and slugged a whopping .524 percent over his 19 Hall-of-Fame years in San Francisco. He also has a cove named after him. That's legend status.

New York fans have tried to claim Jackson as their own, but the "Mr. October" moments of Jackson's career started in his 10 years with the A's. In that time, Jackson earned an MVP award, six All-Star appearances and helped carry the Athletics offense in the franchise's fabled three-peat from 1972-74.

Barry averaged 25.6 points, 7.3 rebounds, 5.1 assists and 2.3 steals per game with the Warriors, winning NBA Finals MVP in 1975 along with being selected to eight All-Star teams. Very few NBA players have altered the game the way Barry did.

The transition from Montana to Young wasn't without its bumps, but once things clicked it was magic. Young won a Super Bowl in 1994, earned two league MVP awards and put together a Hall of Fame despite slogging through a myriad of injuries. The 49ers' dual-threat QB legacy continues with Colin Kaepernick, but the pioneer is and will always be Young.

Shell's head coaching run is what most younger fans remember, but it's his Hall of Fame career as an offensive lineman (1968-82) which will be his lasting legacy. He was the anchor of two Super Bowl-winning teams, mucking it up in the trenches while proving to be amazingly durable during the NFL's more...violent years. He was "the greatest". A cultural icon, Rickey stole 867 of his record-setting 1,406 bases in various stints with the A's. The 1990 AL MVP was one of the greatest on-base threats to ever play the game, setting the table for the great Oakland teams of the late 80s/early 90s and fundamentally altering the baseball landscape with his unfiltered personality and undeniable speed/athleticism.

The Hall of Famer started 207 games in a row at left guard for the Silver and Black, running through defensive player who dared to come into his territory. Combined with Art Shell, Upshaw was an integral part of the Raiders offense during the glory era of the franchise.

Get over the "asterisk." Bonds is the most feared hitter to ever step in a batter's box, clubbing 762 home runs over his career (including his record-setting single season in 2001). Regardless of admission of steroid use during an era of the game where pitchers and hitters were regularly 'pumping up,' no one in the modern era of baseball altered opposing pitching coaches' gameplans like Bonds. Just take a look at his seven NL MVP seasons (5 in SF). Bonds posted an OPS of over 1.000 in six of those campaigns, including a daffy 1.422 mark in 2004.

Numbers one through three on this list are interchangeable, but open for debate. Montana is the greatest quarterback of the Super Bowl era (in our humble opinion), racking up four Super Bowl titles and changing the way modern quarterbacks approached the game. He was cool, efficient and picked apart opposing secondaries like Madden on easy mode. Plus, he is one of the few athletes of the 80s-90s to give Michael Jordan a run for his money when it came to popularity.

He is the best wide receiver to ever play the game. Period. Rice dominated the NFL landscape for the better part of two decades, setting NFL records for receptions, receiving yards and touchdowns. 13 Pro Bowl appearances, three Super Bowls and countless 1,000-yard seasons still fail to quantify just how dominant and spectacular Rice was in his prime, whether it was Montana or Young (or Bono) at the helm.

Mays is baseball. He played 2,857 games games in a San Francisco Giants, with the rest of his games coming with the New York incarnation of the team. He ended his career with a baffling 24 All-Star appearances and is the essential five-tool player that all scouts and baseball fans judge today's talents by. No one did it better or with more grace than the Say Hey Kid.