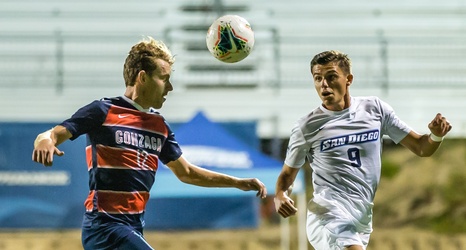 The University of San Diego men’s soccer team dropped to fifth place in the West Coast Conference (WCC) after a shocking loss to the Gonzaga Bulldogs (3-8-1, 2-1 WCC) Saturday night at Torero Stadium.

After a tough 0-3 loss against ninth-ranked Saint Mary’s College the previous week, the Toreros were eager to bounce back with a victory against Gonzaga. Having scored nearly three times as many goals as the Bulldogs, the Toreros entered into Saturday’s contest as the clear favorite.