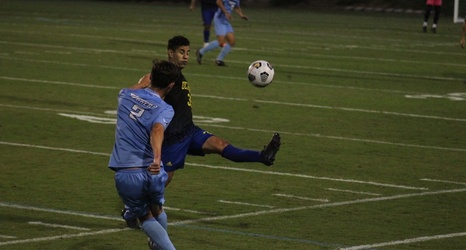 USD juniors Jake Schneider and Praise Maduekwe, senior Paul Ramlow, and first-year Leo Reynisson started for a Torero side looking for a win after two consecutive losses to start the season.

UC Riverside arrived in San Diego with a 2-0 record on their season so far, scoring five goals in two games. USD is 6-2-2 all-time against the Highlanders.

Friday’s game was 0-0 at halftime, with the best chance of the half coming from a breakaway by USD forward Schneider that was stopped on the goal line by a Highlander defender.