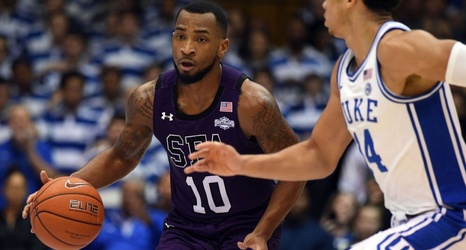 Gavin Kensmil picked up a loose ball in the final seconds and passed it to Bain at the Lumberjacks' own foul line; Bain then dribbled it the length of the court to finish a layup at the buzzer.

The Blue Devils were favored by 27.5 points at the Westgate Las Vegas SuperBook, surpassing Gardner-Webb's upset win over Kentucky in 2007, according to ESPN Stats & Information research.