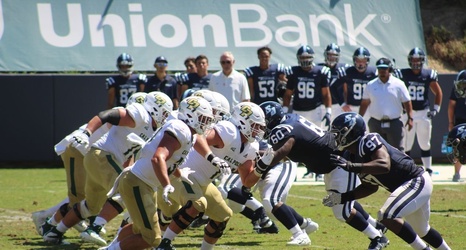 This was the seventh meeting between the Toreros and the Mustangs. Cal Poly led the series 5-1. The teams last met in San Luis Obispo in 2019, when Cal Poly won 52-34.

USD started the game strong, with graduate student and quarterback, Mason Randall, scoring the first touchdown of the game. Randall ran for one yard and put the ball into the endzone to make the score 7-0 after the successful extra point kick with almost seven minutes left in the first quarter.