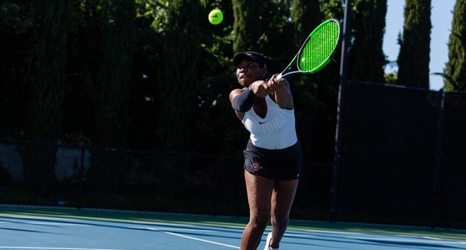 After securing a victory in its first game of the season, the San Diego State women’s tennis team couldn’t go back-to-back, falling to the University of San Diego 7-2 on March 7.

USD had experience on its side, as it has played seven matches this season compared to SDSU’s two.