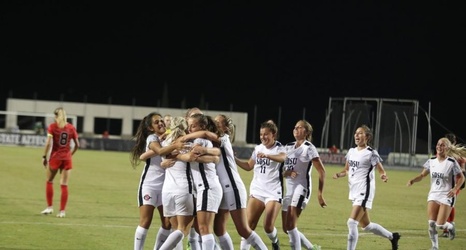 San Diego State women’s soccer was victorious against UNLV by a score of 1-0 on Friday night at the SDSU Sports Deck.

The win puts SDSU at a 3-6-1 record on the year and at 2-1-0 in Mountain West Conference play, which puts the Aztecs tied in second place in the conference.

After what the team felt was a “turning point” in a win against Colorado State on Sunday, Friday’s game against UNLV only proved that point further.

The game started off with back and forth effort between the Aztecs and Rebels, with each team taking a shot on goal in the first 15 minutes.