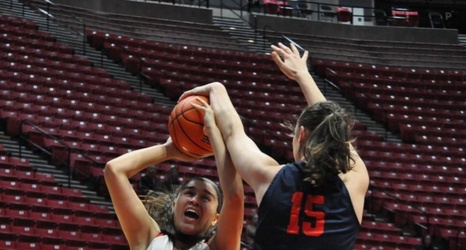 Sophomore guard Sophia Ramos goes up for a contest layup during the Aztecs' 65-60 loss to Fresno State on Jan. 15 at Viejas Arena.

First half success, second half slump

Things were ugly the last time the Aztecs played the Bulldogs.