Water Polo splits opening weekend series, what to expect in 2020 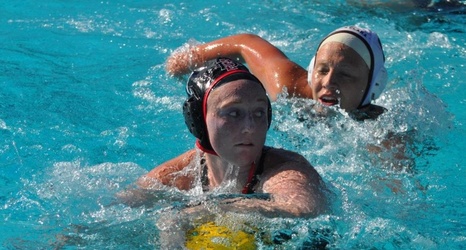 Then-sophomore utility Emily Bennett keeps the ball away from a Santa Clara defender during the Aztecs' 4-1 victory over the Broncos on March 28, 2019 at the Aztec Aquaplex.

No. 22 San Diego State water polo started their season on Jan. 25 when they split a doubleheader at the Beach Invitational inside the Ken Lindgren Aquatics Center in Long Beach, California.

SDSU narrowly missed a win against No. 15 Long Beach State, falling 10-9. The Aztecs scored six goals in the fourth quarter to tie the game at 9-9.

But with 41 seconds left, a penalty against the Aztecs allowed Long Beach to score the winning goal.