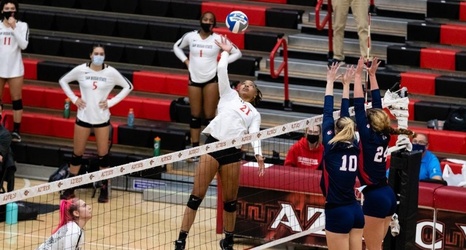 San Diego State volleyball announced Thursday afternoon its evening match against Utah State at 6 p.m. will now be played at the University of San Diego inside Peterson Gym.

According to a news release, the game will be played at USD as a result of a roof leak at Peterson Gym.

The match is still scheduled to begin at 6 p.m.

San Diego has been experiencing inclement weather since Tuesday.

Aztecs’ head coach Brent Hilliard will get the opportunity to coach a “home” match inside his former program’s gym at Jenny Craig Pavilion.