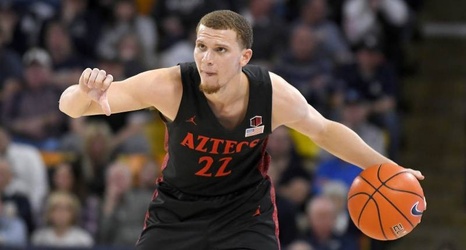 Brian Dutcher has been patiently waiting for decades to lead San Diego State men's basketball to this point.

There are longtime assistants, and then there's Dutcher, who spent 27 seasons as Steve Fisher's right-hand man—nine years at Michigan followed by 18 with San Diego State.

Now in his third season as a head coach, the 60-year-old who was at least partially credited with bringing together the Fab Five in the early 1990s has a fabulous squad of his own, legitimately threatening to carry an undefeated record into the 2020 NCAA tournament.

And perhaps even through it.