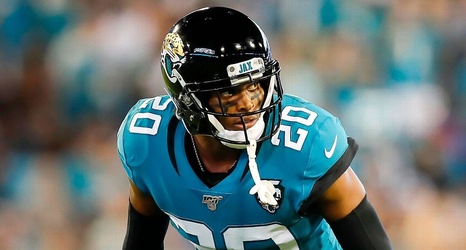 Jalen Ramsey, who hasn't been with the Jacksonville Jaguars since Wednesday because of the birth of his second daughter, has rejoined the team and is on the team's flight to Denver, sources confirmed to ESPN on Saturday.

Ramsey is still listed as questionable for Sunday's game against the Denver Broncos.

In addition to the personal leave, Ramsey, who had been in Nashville for the birth, also is dealing with a lower back issue.

NFL Network was the first to report that Ramsey was on the team plane.

Ramsey has not missed a game since the team drafted him fifth overall in 2016.