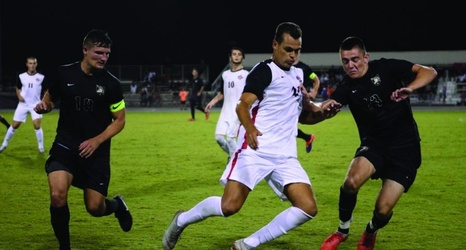 Sophomore midfielder Tevenn Roux dribbles the ball between two Army players during the Aztecs 2-1 loss to Army on Sept. 1 at the SDSU Sports Deck.

This was just the second time in school history that SDSU faced the Black Knights.

Head coach Lev Kirshner said that the Aztecs were unable to recover after losing an early 1-0 lead.

“Unfortunately on our side we did not recover well enough,” Kirshner said.