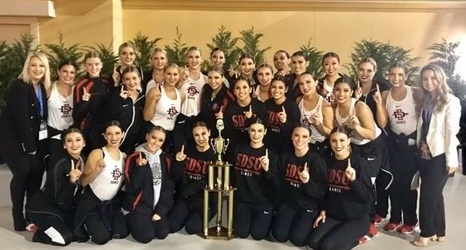 Despite having only been in existence for eight years, the team placed in the top three of the championships last year. The national title is the team’s first in school history.

“This is only our eighth year at this competition,” she said. “To win this year was such an honor to go from third to first and be recognized as one of the best of the best.