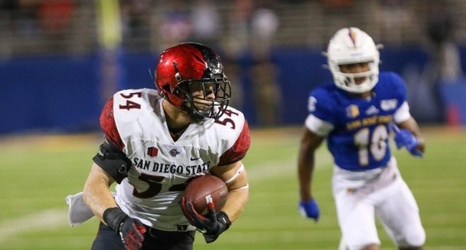 On Sept. 2, San Diego State athletics announced a two-week pause for all practices and workouts due to a spike of positive COVID-19 cases within the SDSU community during the first week of school (64 at the time).

Two weeks later, that number increased more than tenfold, with the current number of confirmed and probable positive cases at 749.

Despite the increase in COVID-19 cases at SDSU, various student-athletes have returned to practice on the field or court as of Sept. 17 — with some limitations still in place.

Student-athletes returned to campus as early as July 7 to prepare for their respective seasons before the Mountain West Conference announced all fall sports would be put on hold until the spring.