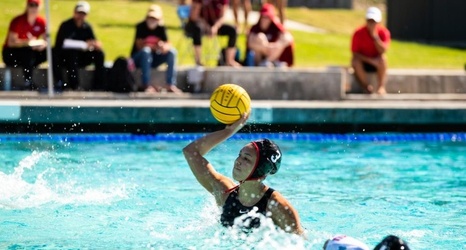 In a battle for third place in the Golden Coast Conference water polo standings, the No. 20 Aztecs failed to keep pace with the No. 16 University of Pacific Tiger offense, losing 14-8 on Saturday at the Aztec Aquaplex.

The Tigers’ hot start included goals on all four of their first four shots and four straight after senior Karli Canale’s goal opened the scoring for the Aztecs early in the first quarter. The Tigers’ early scoring binge gave them a lead they held for the remainder of the game.

Pacific’s sophomore goalkeeper Clara Vulpisi plays for the Canadian water polo national team and displayed her talent as she tallied 13 saves and allowed her teammates to build a commanding lead while snuffing out any chance of an Aztec comeback.