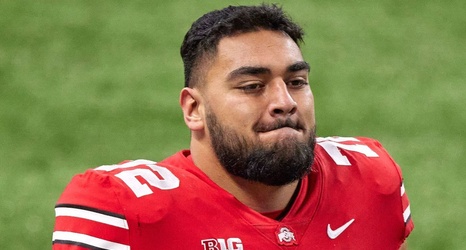 In all, 13 players were listed on the team unavailability report, including two other defensive linemen. Backup kicker Dominic DiMaccio is also unavailable.

Alabama receiver Jaylen Waddle has a chance to play for the first time since he broke his right ankle against Tennessee on Oct. 24. Waddle participated in pregame warmups. Coach Nick Saban told ESPN's Allison Williams that if Waddle does play, it would be on a limited basis.