No. 24 SDSU’s four-game winning streak snapped in 17-13 loss to Nevada 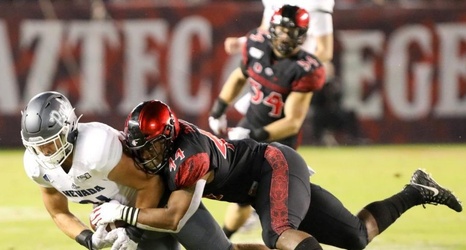 Last year, San Diego State football was 6-1 and had a six-game winning steak when the team faced Nevada in Reno.

Both times the Wolf Pack spoiled the momentum SDSU had built up prior to its matchup with Nevada.

Down 17-10 and in what seemed to be the potential game-tying drive, the Aztecs marched down the field only to be faced with a fourth-and-six from Nevada’s 27-yard line.