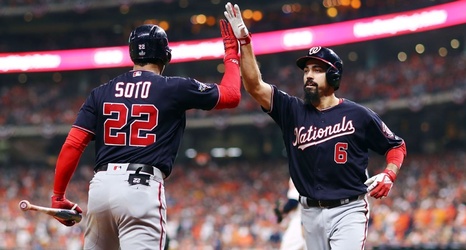 HOUSTON -- Finally, a baseball game worthy of these two teams. Five times over the last week the Houston Astros and Washington Nationals, two teams fat with transcendent talent, had played one another in the World Series, and they had produced a solid game, a blowout and three duds.

Game 6 was none of those things. Game 6 had everything. An ace pitching like an ace. An ace faltering. A controversy. An ejection. A showboating clinic. Clutch hits. Big outs. Everything. And all in service of one more game to be played Wednesday night that will crown a champion.