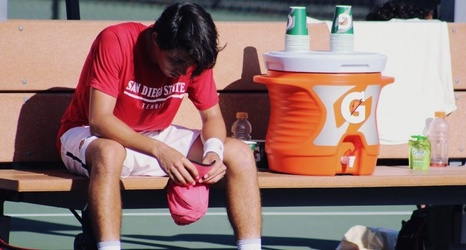 Just like every other spring sport in the Mountain West, the San Diego State men’s tennis team saw its season end before it began due to the COVID-19 pandemic.

Mountain West Board of Directors released a statement on March 12 stating they “(have) now officially canceled all remaining spring sports competitions and MW championships.”

At 5-5, SDSU began to hit its stride by winning three of its last four games with No. 8 Stanford set to visit the Aztec Tennis Center on March 25.

Then, the team got the call.

Head coach Gene Carswell recalls how the Aztecs reacted to the news that their season got shut down.