Men’s soccer shut out at home by No. 6 Stanford 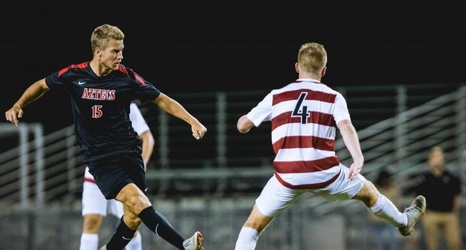 Junior midfielder Hampus Bergdahl attempts to kick the ball around a Stanford defender during the Aztecs 2-0 loss to the Cardinal on Nov. 4 at the SDSU Sports Deck.

Head coach Lev Kirshner said the loss followed the same pattern of challenges the Aztecs have faced all season.