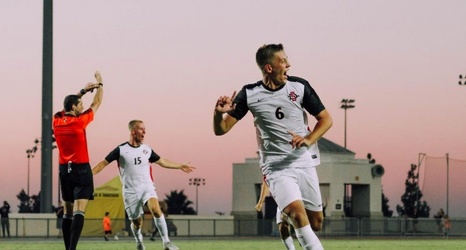 Junior midfeidler Emil Kjellker celebrates after scoring the game-winning goal in overtime of the Aztecs' 2-1 victory over UC Irvine on Sept. 9, 2018 at the SDSU Sports Deck.

San Diego State men’s soccer is weeks away from opening its 2019 campaign.

After finishing last season with an overall record of 7-10-1, the Aztecs aim to improve and push for a spot in the NCAA tournament later this year – a feat that hasn’t happened since 2016.

Lev Kirshner, who enters his 20th season as head coach, said he’s confident his side has what it takes to play amongst the best teams in the country.