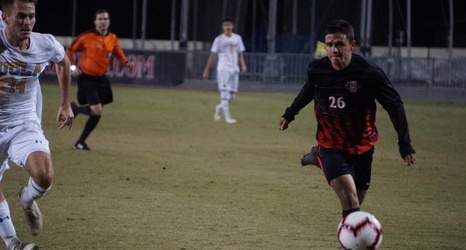 In college soccer, it’s a rare occurrence when the starting 11 consists of all seniors, but that’s exactly what San Diego State men’s soccer had against UCLA.

It was just the second time in head coach Lev Kirshner’s 20 seasons that he’s had enough seniority on the team to fill in every position for a match.

Kirshner said it was only fitting to grant his seniors one last start to play together.

“So proud of my seniors tonight,” Kirshner said. “The effort was phenomenal and the energy was outstanding. That starting 11 came out playing with everything they had and it was special.