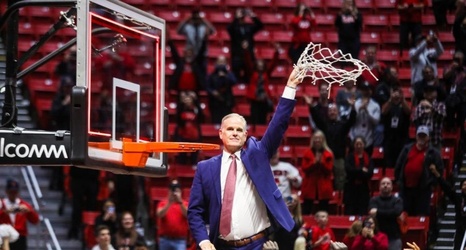 He was rewarded with a contract extension in August 2018.

Fast forward three years later, Dutcher was able to ink another agreement with the university.

Dutcher signed a three-year, $7.855 million contract extension on Sept. 4, keeping him at the helm of the program until 2025-26 and making him the highest-paid head coach in the Mountain West.

“Having spent more than 20 years at San Diego State University I understand what a special place this is,” Dutcher said in a press release.