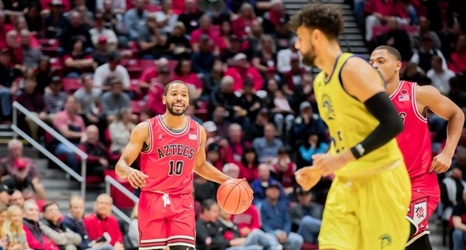 Aztecs senior guard KJ Feagin brings the ball off the court during a 59-57 win over San José State on Dec. 8 at Viejas Arena.

With an AP Poll ranking as high as sixth, an appearance in the Sweet Sixteen and a program-best record of 34-3, that team is remembered as arguably the greatest SDSU has ever had.

The latest AP Top 25 Poll released Monday has the Aztecs at No.