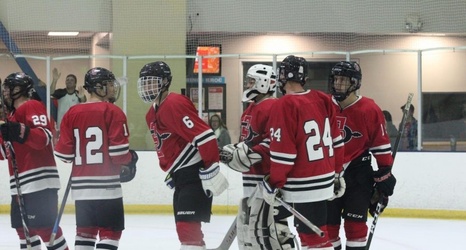 SDSU took control early as Tyler Smith blasted a slap shot from the blue line to give the Aztecs a 1-0 lead just 23 seconds into the contest.

The Aztecs continued to control the pace of play throughout the period. SDSU’s physical play had multiple big hits on opposing Bruins that stopped any of their momentum.

As the period moved on, the Aztecs were able to use their speed to frustrate the Bruins and draw multiple penalties. They were able to capitalize on this as SDSU’s Aaron Mayer scored on the power play to make it 2-0.