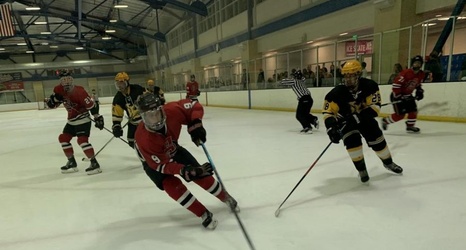 San Diego State hockey had their second win of the weekend with a 8-1 victory over Long Beach State on Saturday Nov. 23 at the Joan Kroc Center.

The Aztecs were able to notch their second victory despite being on tired legs after a 6-2 victory over crosstown rival UC San Diego on Friday Nov. 22 at The Rinks Poway ICE.

Aztecs defender Brian Milner grabbed possession of the puck two minutes into the first period and took a shot to score, giving SDSU its first point of the night.

Seconds later, Long Beach State (4-9-1, PAC 8 Conference) proved that they were still in the game as forward Francis Lemay had a breakaway drive that led to a one-on-one shot on Aztecs goalie Nick Ilvento.