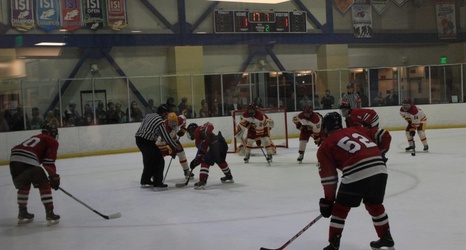 The Aztecs prepare for a face off against USC in the second period of a 6-2 victory over the Trojans on Nov. 3 at the Joan Kroc Center.

San Diego State hockey exploded on offense late during a 6-2 win over University of Southern California on Saturday night at the Joan Kroc Center.

The Aztecs took on the Trojans for the second time in as many days, and looked to build on their momentum coming off a 7-2 victory.