Encapsulating the short-lived, yet legendary, career of KJ Feagin at SDSU 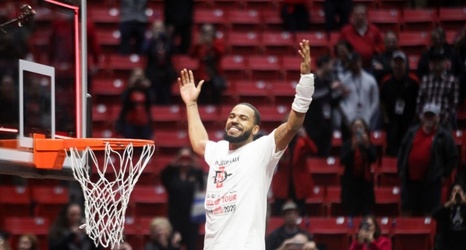 Before a press conference, there’s only one San Diego State men’s basketball player who would greet the media.

It would go something like, “Hello everyone, how is everybody doing?”

Senior guard KJ Feagin would say just about those exact words with a big smile on his face — gracious for the opportunity for his voice to be heard on a regular basis.

As a leader, Feagin embraces his role as the voice of the team.