Column: Can Aztecs lock up a 1 seed in the NCAA tournament? 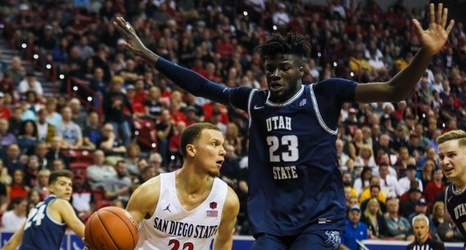 A consensus among experts quickly developed.

Dayton, for the time being, would unseat SDSU (30-2, 17-1 MWC) as the final 1 seed in the NCAA Tournament, moving the Aztecs from the top of the East Region to the second seed in the West.