Call them contenders: After rolling Seattle, Lamar Jackson and Ravens look like an elite team 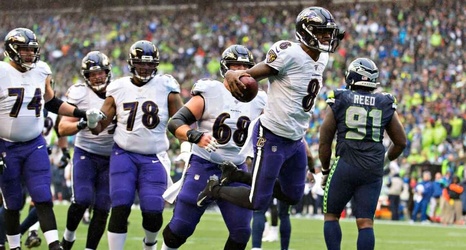 SEATTLE -- Lamar Jackson and the Baltimore Ravens came into one of the most hostile environments in the NFL and refused to flinch.

On the strength of Jackson's legs and a couple of defensive touchdowns, the Ravens upset the Seahawks and MVP favorite Russell Wilson, 30-16, at a rainy CenturyLink Field on Sunday.

Outplaying Wilson on his home turf, Jackson became the first quarterback in the Super Bowl era to produce 100 yards rushing and a rushing touchdown in back-to-back games, according to ESPN Stats & Information.