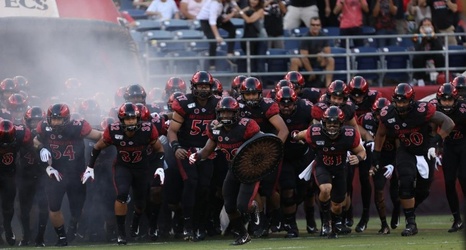 San Diego State football, for the second week in a row, will play the Aggies.

But this time it won’t be against New Mexico State, who the Aztecs handedly defeated 31-10 on the road last Saturday.

It won’t be against New Mexico State who came into its matchup against SDSU ranked as the 127th scoring offense (8.5 points per game), 130th and last among FBS teams in total defense (610.5 yards allowed per game) and scoring defense (60 points allowed per game).

Instead, this Aggies team, Utah State, come into SDCCU Stadium on Saturday for a 7:30 p.