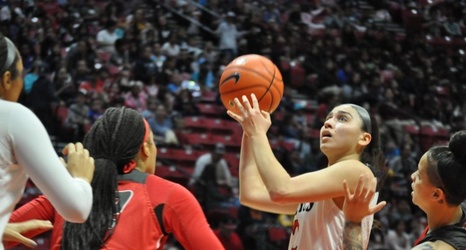 Sophomore guard Sophia Ramos goes in for a floater during the Aztecs' 75-74 win over New Mexico on Jan. 29 at Viejas Arena.